Daguerreotype, the first truly successful and, in the eyes of many through history, the most beautiful photographic technique, was introduced to the world in summer of 1839, so this year marks 180th anniversary of Photography.  Congratulations.

After two major technical improvements were added to the original process as announced by Daguerre, improvements aimed at reducing exposure times and strengthening the adherence of image to plate, the following basic procedure of making each image was set henceforth. A plate of copper coated with pure silver is buffed to an absolute mirror surface, sensitized with fumes of elemental iodine and bromine, exposed in camera, developed in fumes of mercury, fixed with hypo, and then coated with gold by gilding.  The elegant simplicity of chemistry involved should not however be mistaken for ease of overall procedure, pitfalls are a plenty and too much can depend on the smallest seemingly unimportant and thus overlooked stop.   Some of the chemistry is also highly toxic, and should be treated with extreme respect and caution.  However, it’s all worth it, as when properly made and examined, a truly fine daguerreotype plate has never failed to bring a sense of awe to viewers of today as in early middle of 19th century.

I have been working with Daguerreotype medium for about 4 years now.  After having worked with other analog photographic methods for about quarter of a century prior, I fell in love with this technique for its incredible physical presence and appearance, and the possibilities I saw in taking that further.  In the fall of last year that I spent some length of time in the darkroom making 4-10 images per day.  Erasing, buffing, fuming, developing, erasing, repeating…  A few ideas were tested and tested again, a few new ones emerged, merged with others, opened possibilities.  As things got more and more complex, I decided to slow down a bit, and to produce a few small bodies of work, which would be built upon single variations of Daguerreotype process I’m planning to combine and utilize as part of my work with in the future.
Below is the first such illustrative body of work, completed in early April.  First an introductory ‘straight’ plate, made with all traditional methods as have been practiced since 1840s, and appearing as representational as any semi-abstract daguerreotype can be. The other 5 are variations of same subject, which explore possibilities of color within this traditionally monochromatic medium.  The aim was to control placement of cool and warm tones and keep them interspersed within the same plate, and to be able to switch around their placement like in Variants #2 and #3.   In addition to color, I wanted to explore the possibility of creatively using the inherently reflective quality of the daguerreotype plates in areas void of image particles.

There’s no way to accurately and fully convey via a screen how these 4x5 plates appear when one is holding them, letting the light reflect from different angles, paying attention to the color and pattern changes.  Daguerreotype colors shift their hue and saturation with angle of view and lighting.  There can also be observed a pattern of double mirror effect between plate and bottom of cover glass, which moves around behind the image like a holograph.  Viewers are asked to rely on their experience with handling and viewing daguerreotypes live. 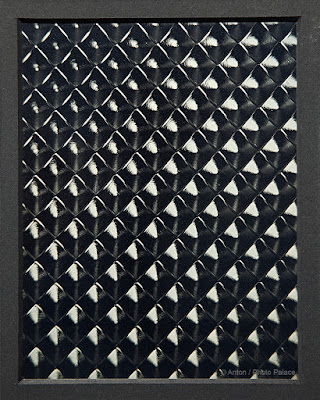 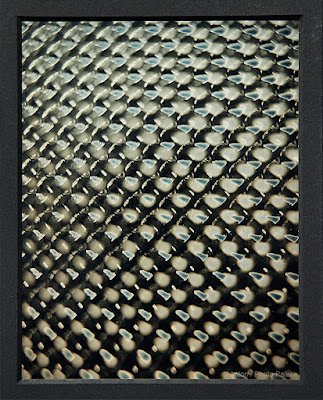 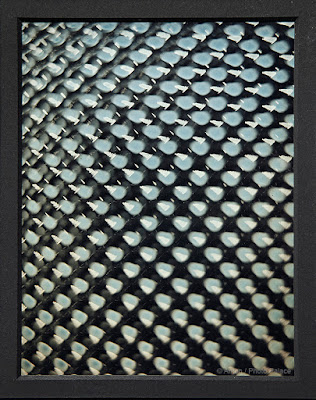 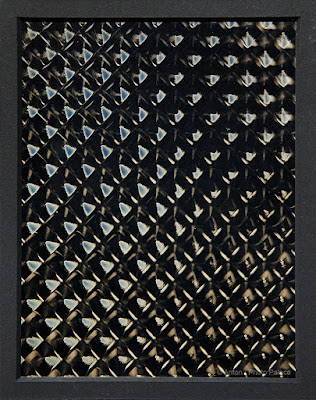 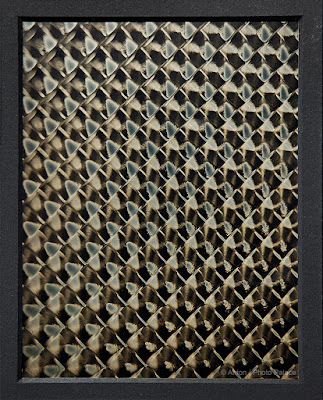 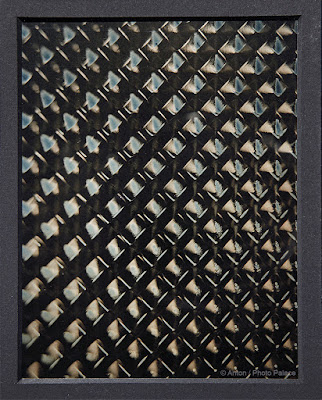 Posted by The Photo Palace Bus at 9:18 AM No comments: