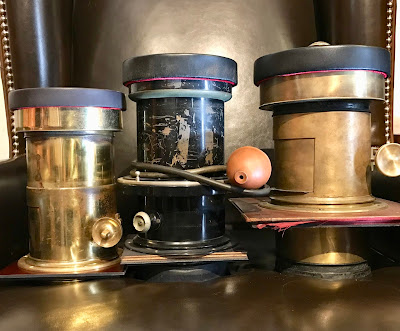 Having very recently completed the adapter for my Century #2 11x14 camera to have a spring back for standard plate holders, I thought I’d make this post for the sake of posterity.  There’s a lot of talk nowadays about Petzvals and a lot of folks I see are looking for proper ones for their 11x14 cameras.  It’s not often that above three lenses find themselves in each other’s company, and so I have never seen a real side by comparison done in controlled environment.

Very briefly, I must state that technically for a ‘large head’ cropping as seen below, on 11x14 camera a truly correct lens to use would be of at least 20in focal length to avoid possible distortion of the nose when shooting this close.  17in is a ‘normal’ focal length for 11x14 format, of course as you rack it out your plate sees less and sell from its angle of coverage, so the lens becomes de facto ‘longer’, but 17in is still not enough.  In old times of proper photography, 24+in lenses were recommended for 11x14 format, but I can’t blame folks for shooting round 17in on 11x14 since any Petzval of 20in focal length and above is going to cost about as much as some new cars today…
These plates were shot at 1:1 ratio, so head of model on plate is same as in real life.   I'm not going to go into how effective aperture changes with bellows draw, that's for another time.
Fred the neighbor was as always kind enough to sit in for the sake of art and science.
Oh…  On the plate made with the Vitax I think I forgot to turn one of the light back toward Fred, so lighting is a bit different there, but that doesn’t really affect what we’re looking at to much.

Controls for the test were as follows.  Lighting was provided by flash to eliminate possibility or motion blur.  To keep the focal plane right on the eye between final check of focus and exposure, an International Head Brace was used, these things are great whether you’re shooting continuous light or flash and I rarely go without it.  Collodion and developer formulas matter little, as does the fact that I barely cleaned the glass after pulling it out of the box, just dusted it off and that’s it.  This isn’t a test of how clean of a plate yours truly can pour, and I used glass so I can erase these images later…  Development was carried out by visual inspection. Plates were copied on a Polaroid MP4 copy stand via Canon 5DII and 24-105L lens at f11.  Equal amount of sharpening was given in Photoshop as standard procedure (100% at 1 pixel radius and 0 tolerance).

In interest of full disclosure – the glass on both 3A and Vitax is as good as it can be for 100+ year old lenses, while the 4A I have actually suffers from previous mistreatment, leaving it with a few significant scratches on back element and separation around the edge of front pair…  I think the below results do show that, despite the flaws in glass, the image from it suffers very little if any at all. 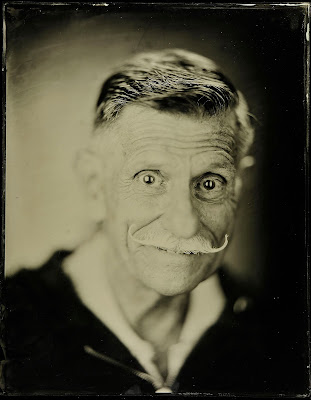 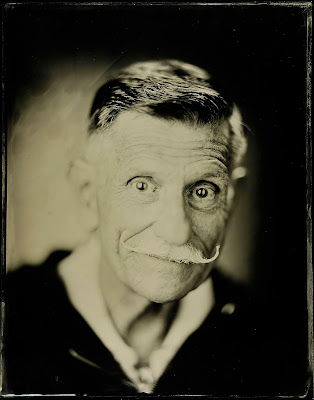 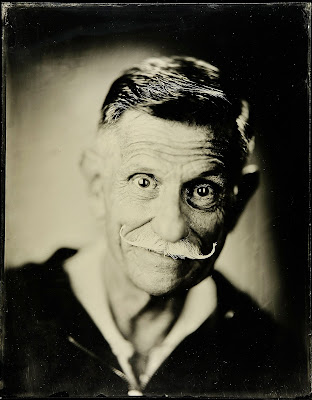 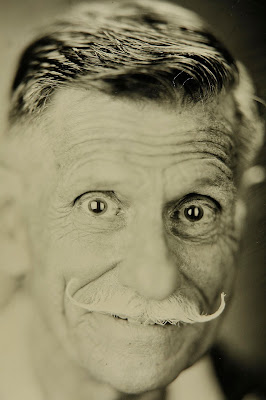 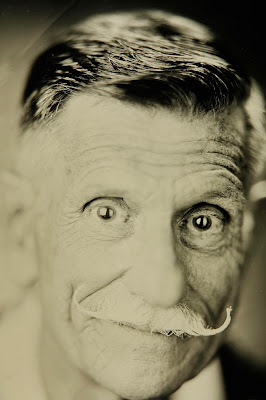 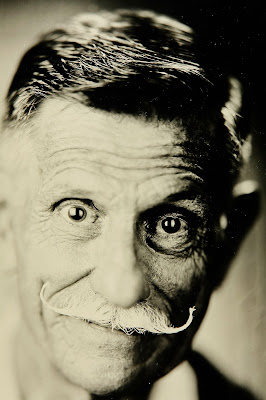 Personally I can barely tell them apart.  Dallmeyers seem to have a tiny bit of softness to then, which is really nice for skin smoothness. Vitax though seems to have more contrast, and I like that in my plates (though that can really be due to me switching lighting to higher ratio).  Above copies will likely appear much larger on your screen than in real life, so I would encourage you to think about that as you’re thinking about this – in reality, the eye in last photo is same as your eye size, so shrink the picture down to until that is the case and then think if you’d be able to tell the difference in sharpness at that scale.  Pretty sure that in competent hands any one of these lenses is able to wow customers and viewers if one is not picking apart details and doesn’t have another plate of same subject made with a different lens…

Posted by The Photo Palace Bus at 10:12 AM No comments: