Film Test - History in the Darkroom

Realized I haven't posted anything in a while and having spent a day in the darkroom I thought it's worth a little update.

Recently I got a large stash of film from a local freezer and a couple of types of film I have not seen before, so I was anxious to try them out.  Among them were Kodak Pan 2484 and Kodak Ortho 6556. There was also some Panatomic-X there - I have been very well familiar with that film, but decided to test it as well.  One step at a time though. 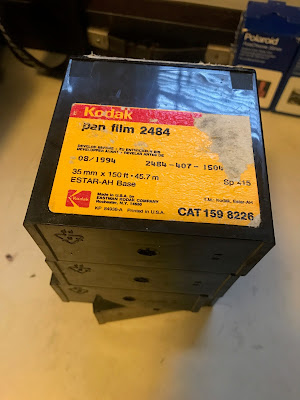 Originally 2848 is a 2000 ISO film, but as I have found after some online research it is prone to gaining serious base fog over the years and also to losing speed.  Knowing that it was in the fridge for at least most of it's life at first I was hopeful and exposed it at about ISO 2000 to 1000.   After developing it for 20min in Rodinal 1+25 I came out with super thin images on extremely fogged base.  Next I loaded a little more film from the bulk loader and shot it at ISO 200 bracketing +1 and -1.  I developed that roll for half the time (so 10min) and this time used a 1+50 Rodinal.  Results were better, but not all the way good.  Still pretty good amount of fog present and the only frames that turned out printable were the ones exposed at +1, so ISO 100.  Here's the negative I printed and the resulting 5x7 print plus a crop from blowup of about 8x10. 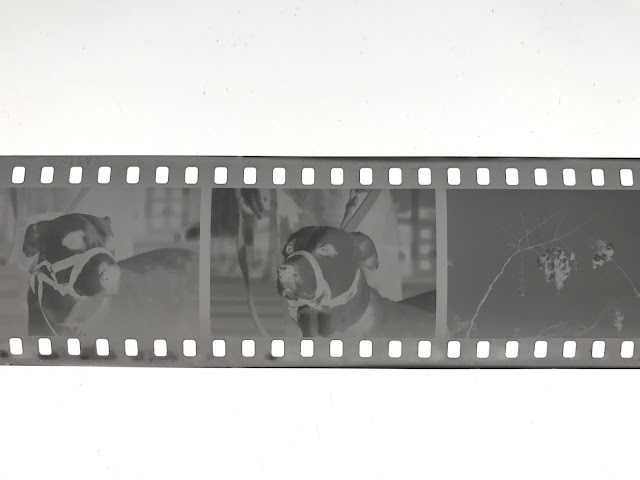 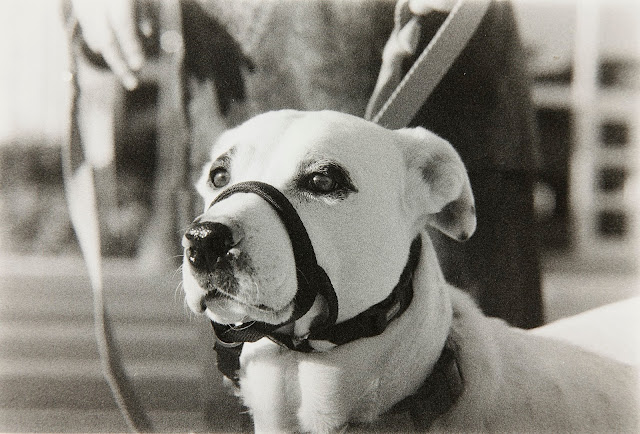 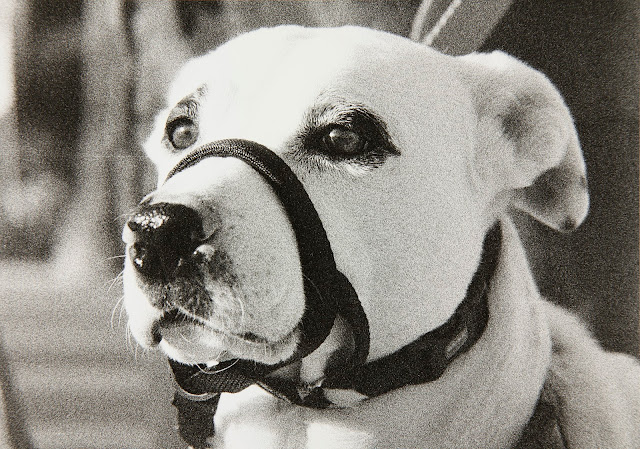 Verdict - in case of my particular batch it seems it would do best if exposed at ISO 100 or even 50 and then developed for 10 or 9min with 1+50 Rodinal.  The grain is pretty juicy - large and acute, reminding me of the old T-Max 3200, but you get that grain with basically a slow speed film.  Even though the grain is large it gives very nice sharp detail.  Intriguing combo if you're in that whole salt and pepper look of old-time photos.  Also, the base it's on is the Estar-EH - SUPER tough, so don't even try to rip it by biting the edge like you would with most films - scissors only here. 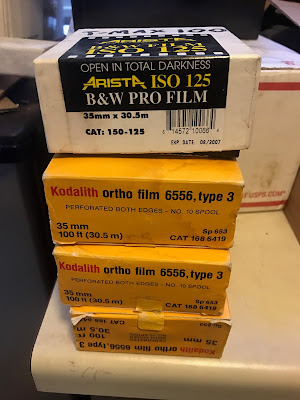 This film is fun.  Orthochromatic means you can work with it under deep red (Kodak 1A) safelight, it also means that any redness in skin tones will turn out a lot darker than it appears to the eye.  Originally this high contrast film was used for copying documents and developed in Kodalith, which gave it pretty much pure black and white look with no mid-tones.  However, if developed in regular developer it will yield a pretty nice gradation, though still tends to have high contrast.  I exposed this one at ISO 12 and developed in Rodinal 1+20 for 10min.  Being a slow film it is a lot less prone to losing speed and gaining base fog over time, so my roll came out from the first try with a perfectly clear base.  Looking at the negatives I think I probably should do 1+50 next time for maybe 12min - get a little less contrast that way and have not as blocked up of highlights.
Below is a shot of the negatives on a light table, a 5x7 from the middle frame in the top strip in that first shot and then a crop from a 20x30in enlargement.  Note the eyebrow hair of my friendly neighbor Fred. 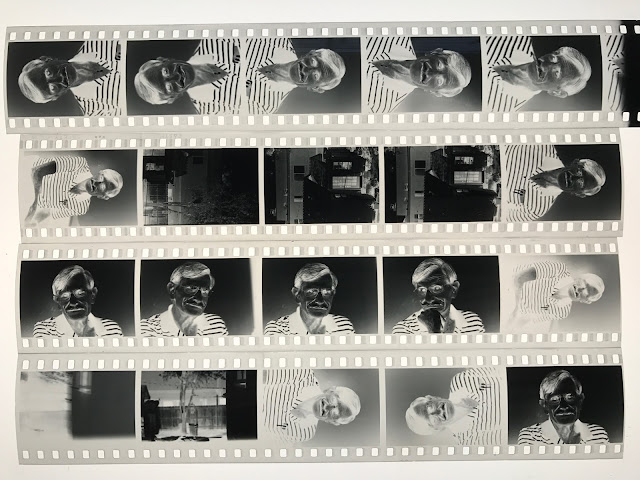 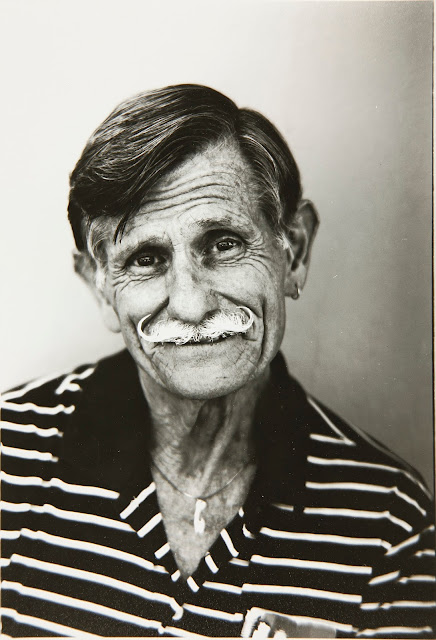 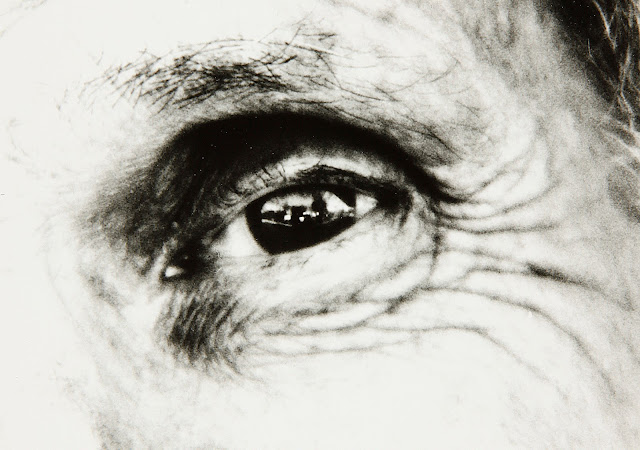 Verdict - Kodak Ortho 6556 has super nice tiny grain, extreme resolution, high contrast that should be tamable with lower concentration of developer.  I like it even though the grain is not particularly sharp on the edge - compare the last image above to the crop from Panatomic-X below.

Now, Panatomic-X.  This is a legendary film developed for areal reconnaissance.  It has the highest resolving power of any film according to this chart.  I have always felt that this film is my favorite by far and finding that chart last week solidified my love for it.  The contrast on it is amazing - plenty of shadow detail and highlights don't block up easily.  Grain is not as small as on the Ortho 6556, but it's very high in accutance and the detail you get is just amazing.  The batch I got is actually from a large 1000ft roll of it that was made for spy planes, expiration date 1972 (5 years before I was born!).  It's on Estar Thin base (another one of those bases that you won't be able to tear no matter how hard you try) and it was actually in the freezer all it's life, so it shot perfectly at initial ISO of 32 and developed beautifully with zero fog.  I probably should have pulled out the remaining stock that I have of Gamma Plus developer for this one - that developer gives (or gave, as it's no longer produced) incredible resolution...  This however being just a test roll I souped it in Rodinal 1+25 for 5min.  Below are the negatives, 5x7 print and then a crop from a 20x30in blowup.  As you can see from the negs below I didn't really pull all the shadow detail possible in my printing - sorry about that...  Believe me though, all the info is there. Note the little numbers and lines there - I BET Gamma Plus developer (or I hear Microdol-X also) would be able to make those even sharper. 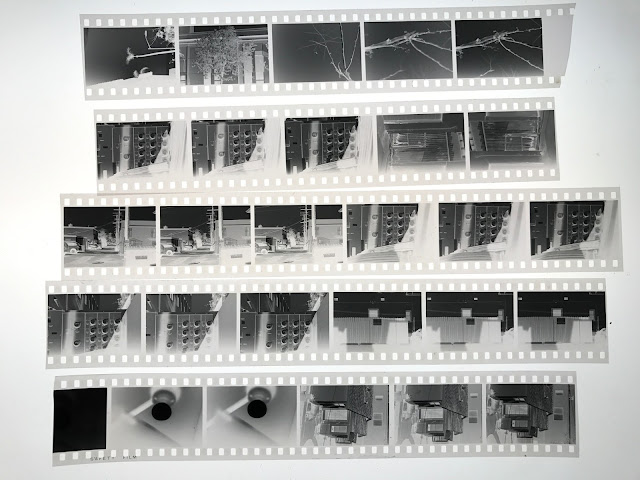 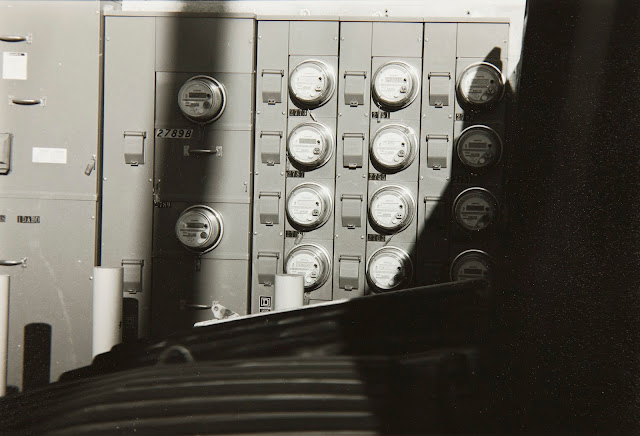 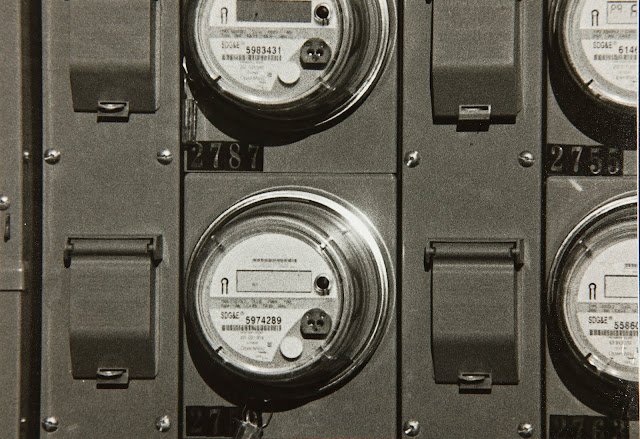 Verdict - Panatomic-X is still my favorite film ever.  I don't need the speed, I like resolution.  Keeping a lot of this 1000ft roll in the freezer until the day when I become too old and frail to lug about a 4x5 with a wet plate setup, it will survive in as new condition for another 30-50 years or more.

A few more technical details - the above images were all taken on a dingy old Contax 137MA camera, but that was outfitted with my favorite lens - 85 f1.4 Zeiss Planar.  Prints were made on a Saunders 4550XLG enlarger using a Rodenstock Rodagon 50 2.8.  I printed them on Ilford RC Pearl (using different filter numbers for each shot and I don't remember which ones they were of course) and then used a Canon 5DII with 24-105 lens on a Polaroid MP-4 copy stand to digitize those.  In Photoshop all I did was add the usual necessary Unsharp Mask filter (set to 100%, 1 pixel, 0 tolerance).

Hope you enjoyed this little tidbit of photographic history in action.